Hello everybody,
Long time with no posts or updates here. It seems like desert, sorry for that but I am sure people who follow me on twitter knows I was busy with my Master’s Thesis in Procedural Content Generation (PCG). I have always used PCG in my games as an excuse for being lazy and not designing levels (as I am not amazing level designer). In this post I will wrap up quickly some of the PCGs I used in my games. In the next post will talk about PCG in my Master’s Thesis.

As most of people noticed lots of my arcade games used PCG especially top down shooters (Clean’Em Up and Alone in the Park). All these games don’t have levels designed in advance, but instead they have enemy numbers and types to be generated. The system afterwards choose the most suitable location (away from the player position) and insert them. Pace Maker was a little different where the system generates the types and numbers based on the level of difficulty so as difficulty increase the number of enemies and variety of types increased.

Dear All,
This gonna be short post as I am busy but I have started distributing my game Pace Maker FP all around the world and I started with my favourite famous three sites

I had to go now

Hey all,
This is just a simple short post telling that Pace Maker FP can be played now at TwoTowerGames.com. You should go and try it with its new features over old version 🙂

First news if anyone noticed that PaceMaker FP changed from InDev to Complete Games and now waiting for Sponsorshipping.

Since I have evolved in the community of FGL to Level2 so they gave me 5 First Impression to use I was pretty confident from my game from developper feedback (take a look) here are some of the feedback:

Hey all,
How are you all 🙂 I hope u are in good health 🙂 This is the fastest time I post since longtime ago where I used to do that 🙂

First of all, I am going to talk about my own projects Hello World! no progress at all :S but PaceMaker FP I made some types of bullet waves also I made two types of enemies right now 🙂

Hey all,
Sorry for not updating lately but I was having a very large exam MI exam (Machine Intellegence) I dont think I solved good at all in the exam 🙂 it was so hard for a human being to solve and remember around 500 pages in only 7 days 😀

About my Game Projects Hello World! and Pace Maker FP no new as I was studing hard the last week 🙂 but about two old games Ninjaki and Night Guard I moved them to an Abandon games section 🙂 and may I will release their source code if anyone interested but I dont think it is nice as I am always work unarranged and with no plans 🙂

long time as usual :), But you by time know that I am totally busy :S which is so bad :S

About the Hello World! project, An artist from Pixelation called Tomas Barrios and he is very talented 🙂 here is a link to some of his work, I am not sure if he will work after he knows all details of work or will need a large chunck of money :-?? Hope that he helps us 🙂 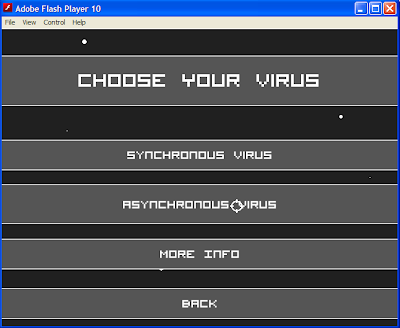 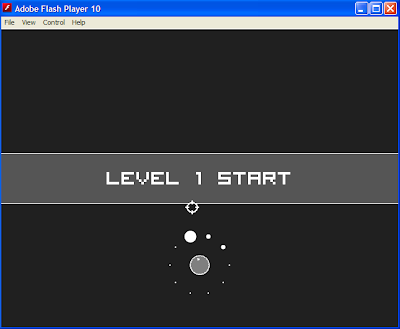 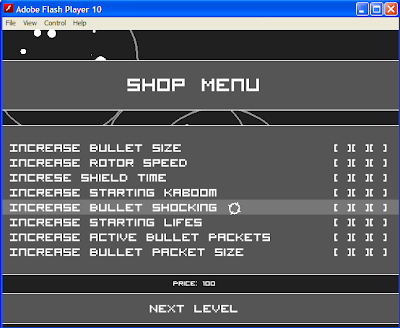 The remaining parts are the music I wished Heatex is free to make some music for me but he had exams and working with rotten_tatter on some cool projects.