First news if anyone noticed that PaceMaker FP changed from InDev to Complete Games and now waiting for Sponsorshipping.

Since I have evolved in the community of FGL to Level2 so they gave me 5 First Impression to use I was pretty confident from my game from developper feedback (take a look) here are some of the feedback:

One thing I would suggest, is that you make it clearer that the Asynchronous Virus is the easier one to start with (in my opinion at least). I was a bit consfused about the difference between the two at first.

Also, you might want to integrate some sort of tutorial or learning level. The beginning was a bit too hard for me becauseI didn’t get the mechanic until about my third or fourth restart.”
“Good work man, this is a really solid game. Some may disagree, but I love the grayscale-with-hints-of-red aesthetic. I especially like the guy that talks to you in the tutorial, and the way you slide out your text.

The gameplay is fun and unique. One thing that was a little rough for me was the lack of immediate feedback when a node ran out of bullets. You might want to consider adding a tone when a node’s bullets are depleted, or even have it fire blanks.

and other nice feedback their 🙂

So I was confident that I will get nice FIs when I use them here are the FIs:

The game is easy to figure out without the lengthy tutorial. The goal and how to achieve it are clear.

I’d rather have some mindless active shootem up game than have to depend on a sense of timing so much.

I like the shock effects during the tutorial. I’m not a big fan of black and white so I’d add color.

The music is fun to listen to. The game sounds are dramatic, but sparse.

The tutorial is way too long. It was hard for me to be successful so I quickly lost interest.

I like the shock sound and shake effects. I’d have a much shorter tutorial. I’d have an editor proof the text, there are some errors in grammar (lifes, failures, it’s, etc.).

This game has a few menu quirks. The intro forces you to hit the skip button instead of just going into the main menu when you’ve read everything. The tutorial didn’t seem to let me shoot anything either. I had to exit out of it and go into a game.

This is a cool idea and well executed, but I couldn’t seem to last more than like ten seconds in a game. Maybe I’m just really bad at this.

The graphics are simple and computer-y, but I really like them. They fit the theme well. The way the menu text unfolds itself is cool too.

Sounds are good. Loud explosions, fast paced energetic music. Perfect. Sound effects are almost as good. I would have liked my little zapper to sound more zappery. I know that’s not helpful, but then the sound is about as good as it can get.

The look and feel of this game is almost perfect. It controls pretty well too. However, maybe it is just me, but it seemed to hard.

The look and sound of this game is perfect. It fits the theme, which is cool too. I just had trouble playing the game. maybe the rotor thing on the virus needs to spin faster? I died very quickly every time I played. It is a cool, good looking game, though, and a good concept.

its very hard to shoot because its going very slowly

the game is very difficult because of the shooting factor

graphics are to basic, and targets aren’t much appealing

I liked the music, it is motivating

the shooting thing has to be improved because it makes the game very hard.

this game can be very fun, if they fix the shooting

the music its cool and graphics are well designed.

I read all the instructions and the back story and I couldn’t get past the tutorial…do you shoot the white circle moving around the circle that shoots or was something else suppoed to show up for me to shoot? I don’t get it.

Maybe if I understood how to play it would be more fun but I can’t ssay I enjoyed this one just moving around a blank screen and trying to figure out what to shoot.

the graphics are just ok.

I can’t tell if the game is polished or not because I actually don’t know if something else was supposed to attack me or what. So maybe it was broken or maybe I couldn’t figure it out.

Hate to say it, but I didn’t experience anything good about the game because I couldn’t figure out what to do- even after reading all the info. The tutorial focused more on the story than what to do so more help is needed here.

This game has too much text, I read it because I have to, you’re paying me for this, but any other player would just skip it. And even as I read it it’s still to hard to play this game, everything else on the screen has an enourmous advantage on the player.

Running out of ammo constantly isn’t my idea of fun in a shooter game, it doesn’t make it more complicated, just makes it annoying.

Graphics look ok, but the lack of colors is really tiresome.

I have to give it to this game, the music and sound effects are really good.

Is the game just made of one level? because I keep coming back to the first screen, this needs to have challenges for the gamer, and not just in the form of achievements, change the colors please, why black & white? I saw some red too but that’s not enough.

I didn’t really like the game, it’s more text than playtime, I didn’t like that I keep running out of ammo and enemies are faster than the player. Controls aren’t as easily explained as they should be. The only thing I liked was the music and effects and the possibility that this game could be a great shooter if changed drastically.

So the overall results are

I dont know if the game is good or bad or anything and how to improve Hope I can do something 🙂 and Hope after this negative FIs to find sponsor :S

Lets Jump to another thing which is the only InDev Game Hello World! Tomy made the new graphics for the player with variants of skin colors and variants of weapons and varient of Hair styles and color 🙂 I am working with the Graphic Core Engine its too complicated and hard to keep the code general and at the same time simple and not take too much work.

Here are some of the graphics 🙂

It looks nice 🙂 I dlove him small with big head and amazing pixels Thanks to Tomy and his amazing work. 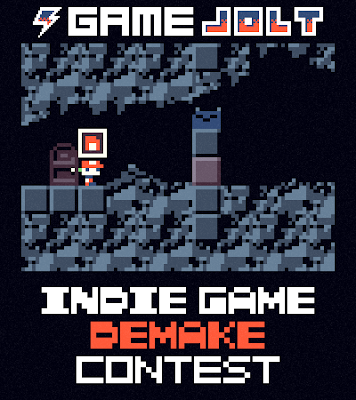 GameJolt have launched its 5th competition where its Theme is Demake (An already released indie game (of your choice) that, instead of being remade and improved, is demade and simplified so as to seem like the version that would have been released at some point in time before the original game)

The Contest will finish at midnight between 7th july and 8th July.

Its called Think Quest Compo its made by Oracle there are lots of fields to subscribe in so choose which is suitable for you. It will end in April 2011. 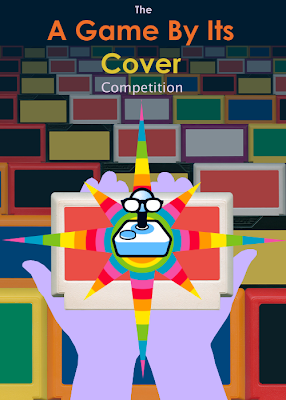 It is a Tigsource Compo called A Game by Its Cover where it is a game development competition based on how people’s work inspires others to think in new and wonderful ways. In it we’ll make real games out of fake game carts whose creators probably never imagined would become something real!

It will end at 31 July. For more details about rules and game click here. 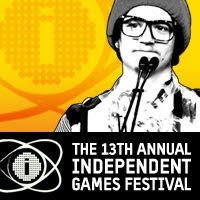 IGF 2011 have been open for submitions may be I will submit Hello World! If I could finish it soon for more details go to IGF website.

Its launched by Game Maker Games website and called List Compo where more than one theme is available where there is 40$ prizes for the winners. The due date of the compo is 21 September.

These are all the compos Lets go to another side which E3 YaaaaaaaaaaaaY 😀 I saw it online its amazing what the 3 companies (Microsoft, Sony, Nintendo)

Here is a small and brief summary about it:

Microsoft: Beside lots of amazing games that are coming to the platorm it announced about Project Kinect (formal name for Project Natal) its amazing and so precise and nicely done. Also it made a new version of XBox 360 which looks nicer than old one. Take a look by yourself.

Sony: Besides lots of amazing games that are coming to PS3 and PSP it announced about the launch of PS Move with eye piece which is very precise Also it announced that PS will support 3D games using Sony Bravia 3D screen and 3D glasses which is kidna cool. Take alook by yourself.

Nintendo: Beside the huge punch of amazing games made for the Wii. Nintendo announced about Nintendo 3DS where it view 3D without need to glasses at all. Take a look by yourself.

Third part of new is about some huge sales on Steam you should go for it (I am not sure if all of them is still running you can go and check).

Lets start with each game name and price: 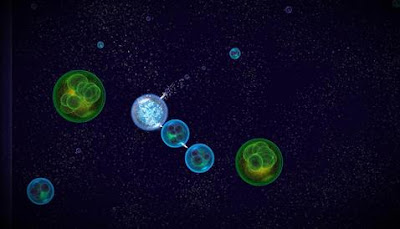 Shatter game on steam with 2.5$. Here is the link.

The Misadventures of P.B. Winterbottom game on steam with 2.5$. Here is the link.

Last sale on steam is on Northern Light Pack where you get 5 amazing games with discounted price 64% discount so go and grap it. Here is the link. 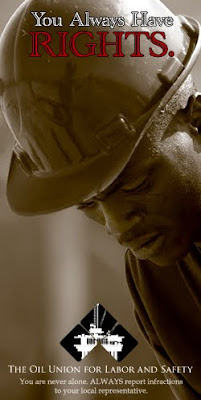 Also its soundtracks are amazing and musician is selling them for what you want to pay for it. Go and grab the music its amazing (link)

If you are fast enough you could buy The Oil Blue and GreenTech+ at discounted price (link).

Another part of news is about GameMaker and PSP porting so if you wish to know about updates in this here is a link for more info.

Lets now talk about FlashPunk a little. First there is a tutorial about Using Particle Emitter system here is a link.

Adam Saltsman and Chevy Ray have made a website called Flash Game Dojo where it contains alot of helpful info about flash gaming and how to get started either by FlashPunk or Flixel also it contains lots of helpful Tutorials that you can check. Here is the link.

Another part of news thats my game old Game Mailure have been published in a video on Pixel Prospector Indev in video where this video contain 235 Indie Video Games. Have alook on it.

Also there is another video by Pixel Propector (as the main site have been launched) contain 190 Indie Games. Here is the video.

For more videos go to the website and check it.

First is interview with developers of Gemini Rue Game

This is all I have got till now Hope you enjoy it. I know there is more but thats enough till now.

2 thoughts on “Huge Chunk of News”