I have made a new Game for QOG Madness 2Hour Compo but I think I can’t participate because the game took developement time more than that (6 hours).

These 6 hours are divided like that the game engine and game took around 3 hours and 43 minutes, The music and sounds took around 1 hour which was so waste of time and The rest was for menus and interfaces.

The game as you can see is called CrytorYan which is a professor zack discovered material. The gameplay is so simple as it is a simple shooter with a small twist.

Story:
Proffessor Zack have discovered a new chemical substance.When he was observing of the heat on the material it make some strange behaviour. The Bluy atoms become insane and want to collide with Whity atoms (Bluy and Whity are the two atoms making the material) if the collison happens it unleash an explosion which destroy any other Whity ones which produce another explosion and so on in a chain reaction manner. The Whity shot some germs that transform the Bluy to its type to survive.

Go and try it now the here is the link.

About the Tocco Project posters I have finished the first one and when I was going to start the second the developing team reduce his expenses so they may not be able to print the second poster. But I told my cousin a plan to reduce the expenses and same time get two different posters is to print 2 large posters and some small posters instead of 3 large ones. 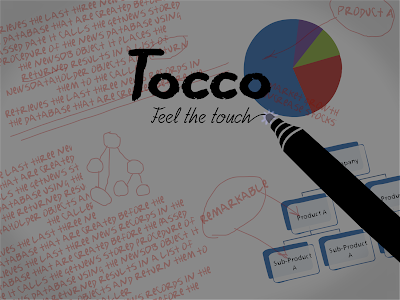 So he will think in that so I started in the second poster and I made a small prototype for it I like to share it with you and tell me your opinion about it.

Waiting comments about the new game and the poster.

4 thoughts on “New Game Release: CrytorYan and Some Poster News”