Wow there is two large contest running by time. The first one is by 2BeeGames and the second I talked about it before which is by GameJolt.

About 2BeeGames is a grand one like the one before which I submited MindHunter to it. The prizes are 10,000$ first prize and publishing deal and Community favorite will be 5,000$. I think I will participate with the unnamed game 🙂 which is made for GameCOG in it hoping to win as usual but no hope 🙂 But it is worth a try 🙂 the compo ends at 15 september 🙂 so if you are interested visit this link. 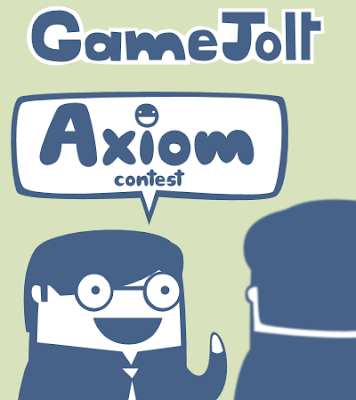 About the GameJolt it launched at same time 1 August and last for one month only. It offer the same prizes as the previous one the first three winner will be featured and enter the beta version of Ad-revenue share system + first winner will get a game for free from steam website 🙂
The theme is called Axiom where there is ten different axioms you must choose one or more to make a game around.

Here are the ten axioms:
– A picture is worth a thousand words
– Beauty is in the eye of the beholder
– Even a broken clock is right twice a day
– Laughter is the best medicine
– No good deed goes unpunished
– Quitters never win; winners never quit
– Actions speak louder than words
– Where there’s smoke, there’s fire
– In the country of the blind, the one-eyed man is king
– A burnt child dreads the fire

for more information here is the link

thats all the news for now 🙂 Wish to me goodluck 🙂