Hey All,
I know I should have posted that article long ago after I return back from Johannesburg, but the truth is I was busy finishing my games and also somehow lazy to post about my presentation I gave there which is called “be Different”.
That version I will be posting here contain more details than the one I presented at A Maze

Why do we play games?
In Egypt if you say that word some will tell you just wasting time although if you told them you can waste it by other activities like reading but they choose to play games cause it makes them happy or change their mood or take their attention or communicating with other people through multiplayer games or just seeking some challenge either via PC or via other Human

All these stuff I said is experience …. people play games to experience feelings and emotions

Games is a system of rules and interactions that we can use it to transfer a certain experience from game designers (most of the time) to players so it’s a medium or channel for transferring experience like all other mediums (e.g. books, movies, music …etc).

By the way you could make every aspect of the game perfect without checking others but if you done that you will end up with a normal game because to transfer a good experience to player all aspects should collaborate to have that notion.

focusing on mechanics is a very important aspect in the game because its the interaction that makes games differ from others. 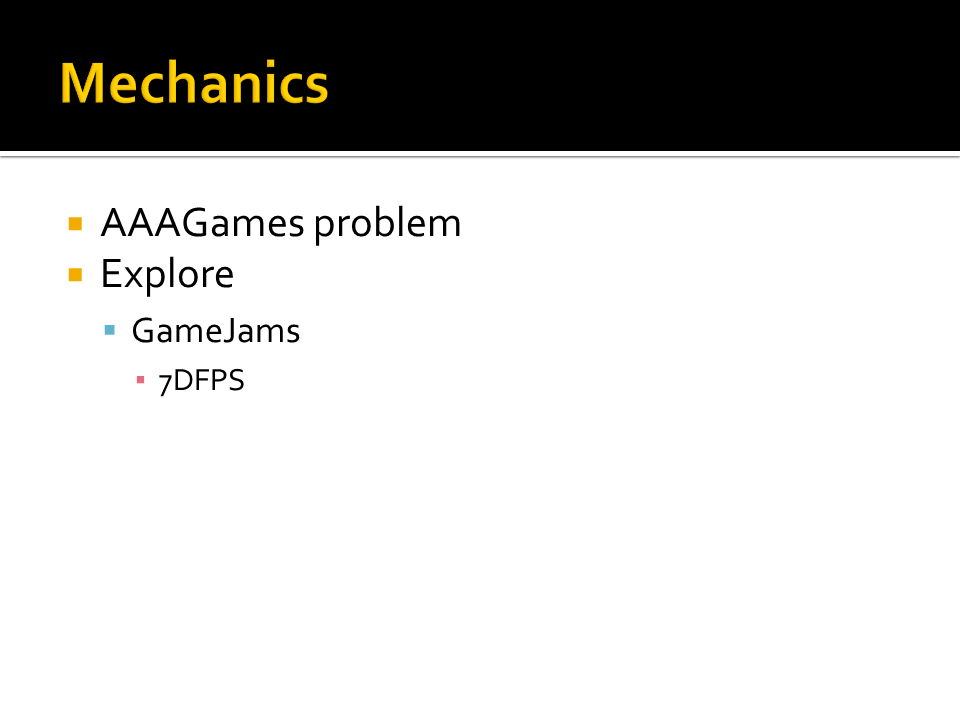 Some of AAA games don’t give any attention for mechanics. They just use well known Mechanics and makes a new game (FPS games). That’s because most AAA games have high production cost so sometimes they can’t risk using new mechanics and systems that can make them fail or not appealing to players so they use well known mechanics (known for huge revenue) and sometimes make some changes on it.

And what a better way to explore the mechanics than participating in GameJams
A very good example for that 7DFPS created by Rami Ismail where you have to create FPS game during 7 days this gamejam showed to the industry that even FPS mechanics and games still have lots of hidden potential and they should dig more and explore it more.

Btw I never managed to participate in it but definitely one day I will.

The most interesting technique to get new experience is by experimenting: 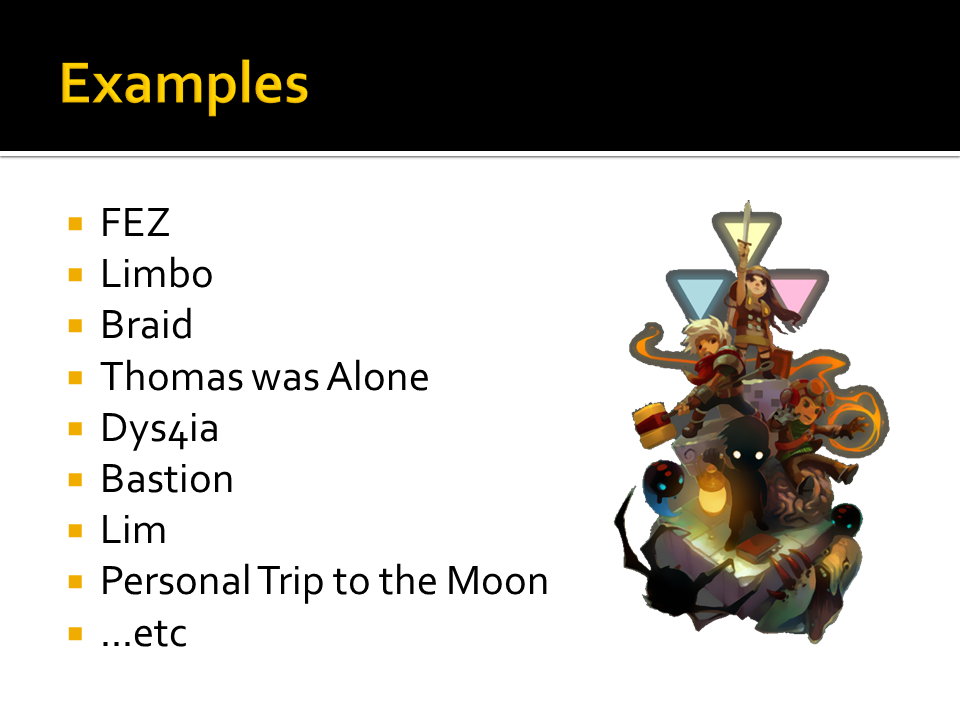 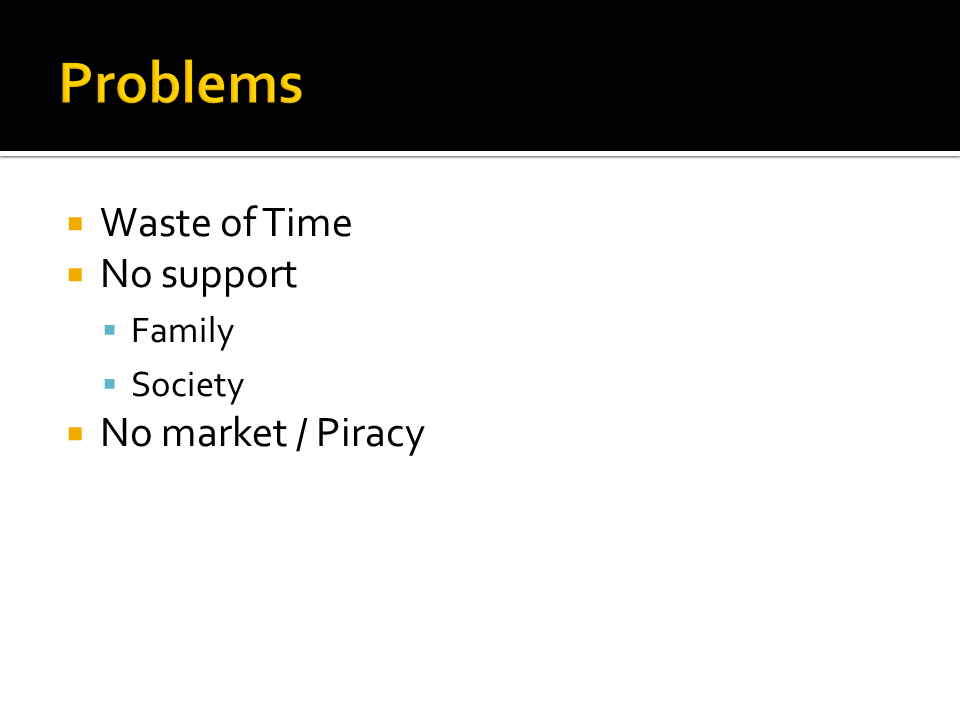 As I said before people here think games are for kids they are waste of time (even some young adult feel like that) and that’s difficult to be changed and even if you could change that they don’t try the game unless it’s using the next generation of graphics.

Also what make it harder that there is no support not from your family nor society .

Also to sell games in Egypt is almost impossible, in Egypt people doesn’t believe in software copyrights and they always get cracked copies of software so what about a game? That’s a dream. So the best strategy is to make free games with ads but here come the other problem that most people who play games either people wants cracked AAA titles or kids who wants games like Farmville, other types of games doesn’t have any market here. 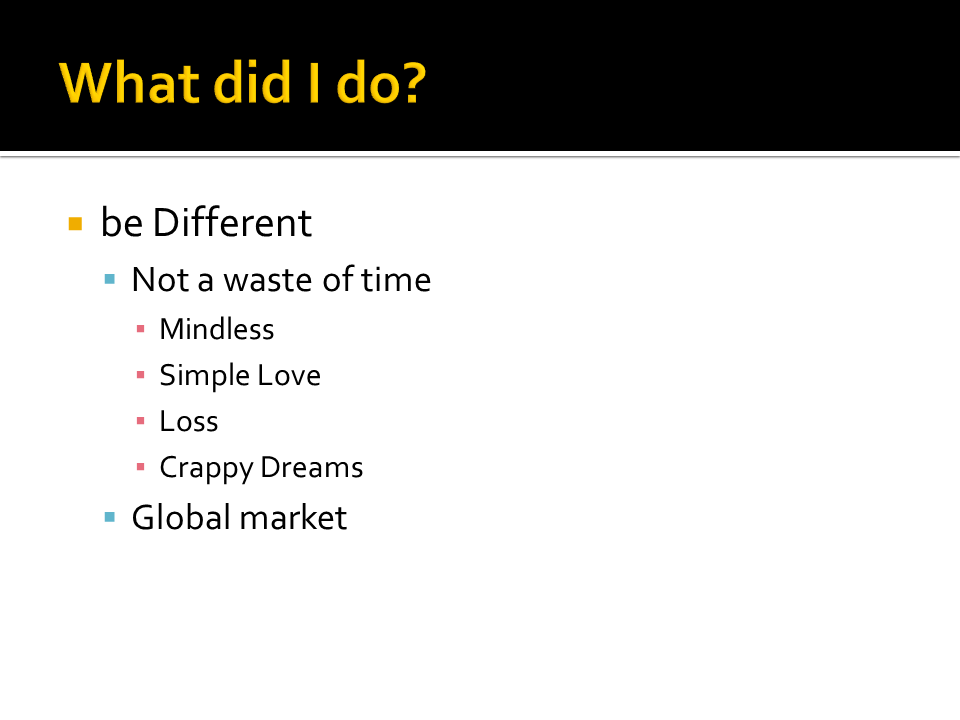 All these problems led me to be Different 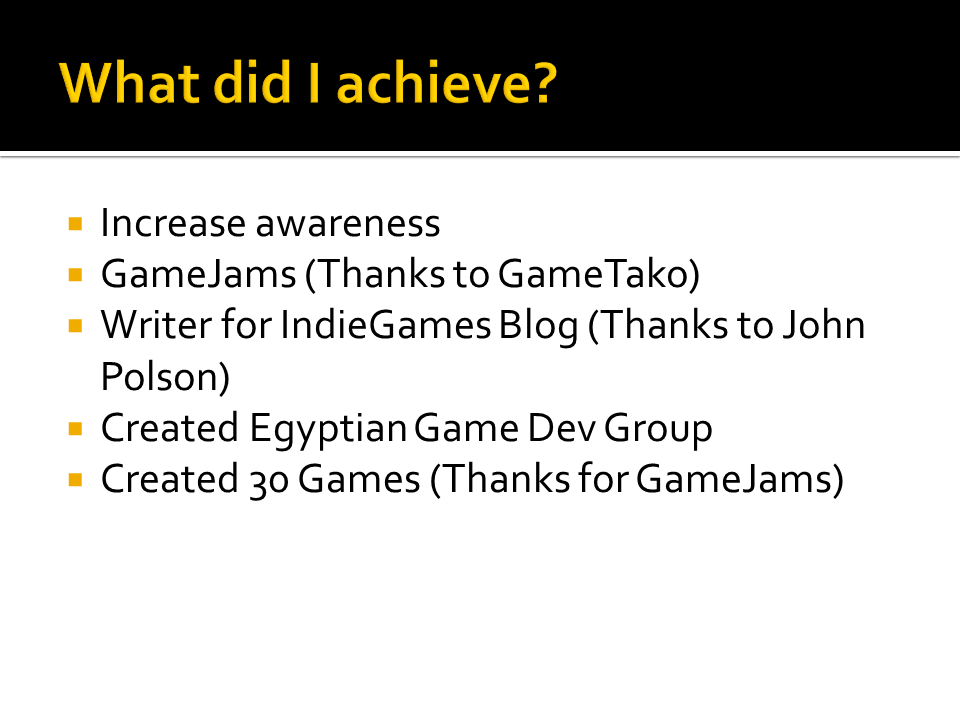 Became a writer for Indiegames.com so I can be a portal for the arab developers to the world and help them to get noticed because there are really some amazing developers in middle east (The more developer we have the more games we have with different points of views and different experiences)